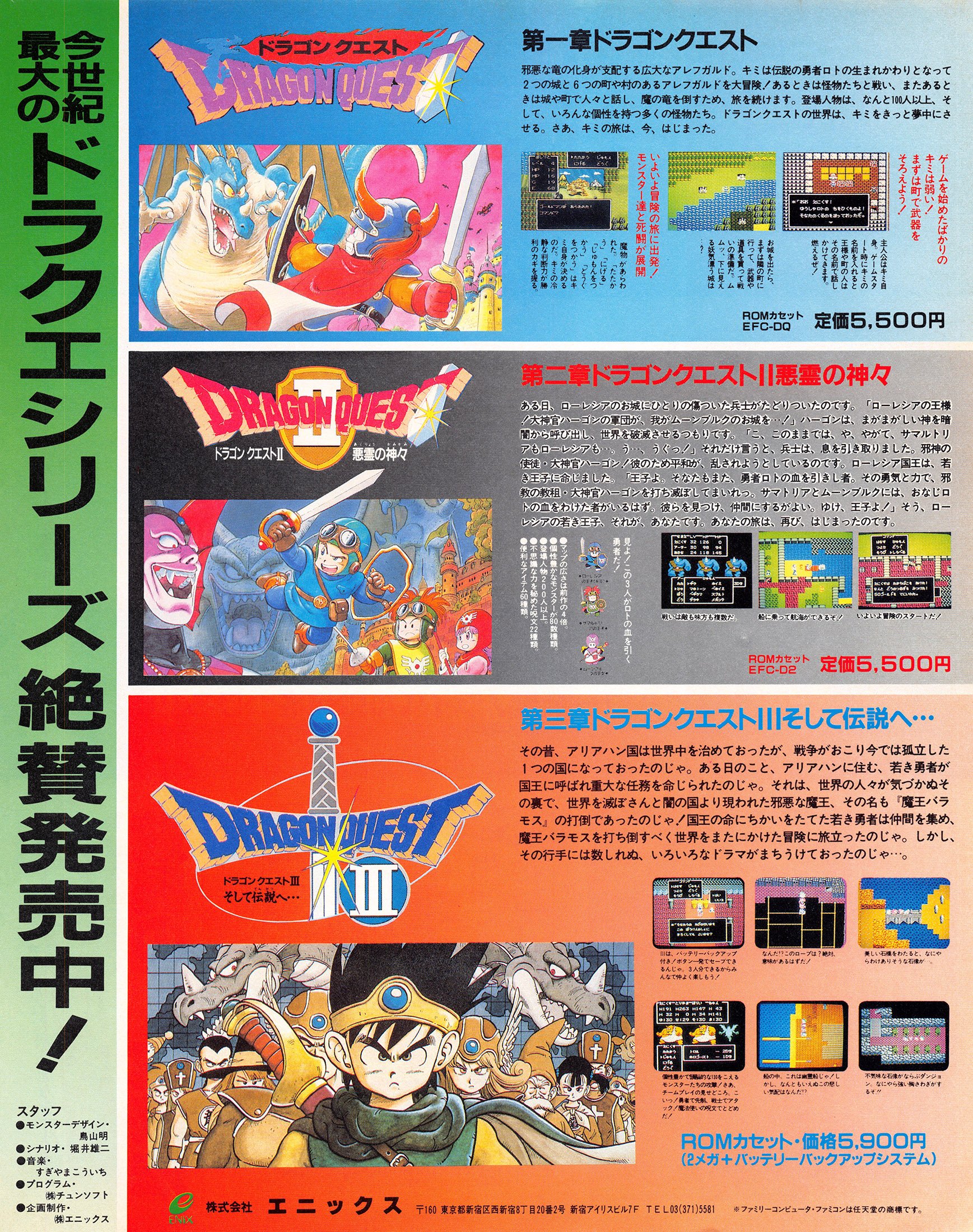 This ad was published in January 1989 (nearly a year after DQIII and a year before DQIV.)  It proves how popular this series was in Japan that all three earlier titles were still being advertised during a 2 year break between installments, and judging by the prices in this ad, were still being sold at full retail prices similar to new games.