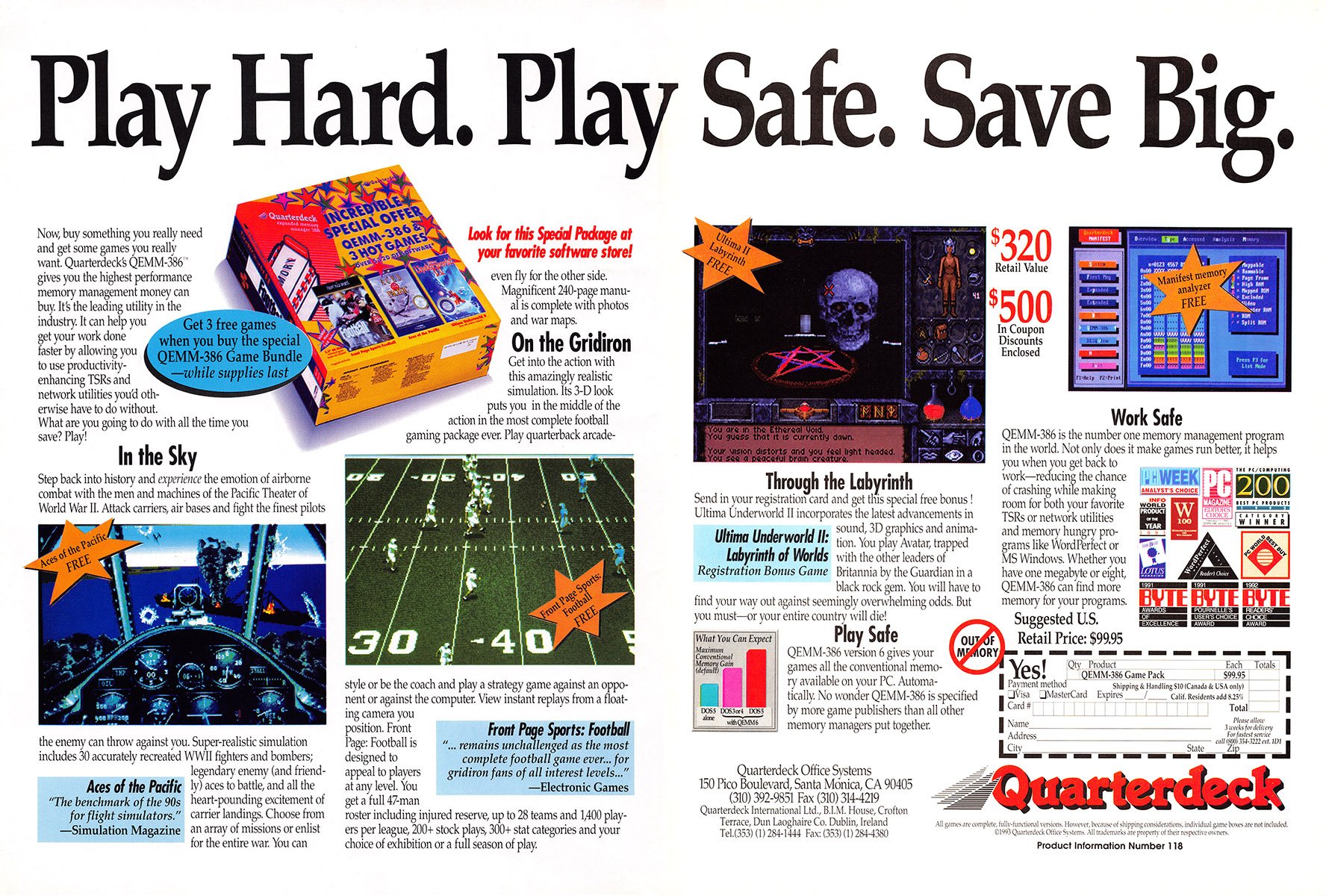 Front Page Sports: Football was a football simulation that tried to combine the arcade, coaching, and simulation football game experiences into a single package. It was developed and published by Dynamix for the PC in 1992.

Ultima Underworld II: Labyrinth of Worlds is a first-person RPG developed by Looking Glass Technologies and published by Origin Systems for the PC in 1993.