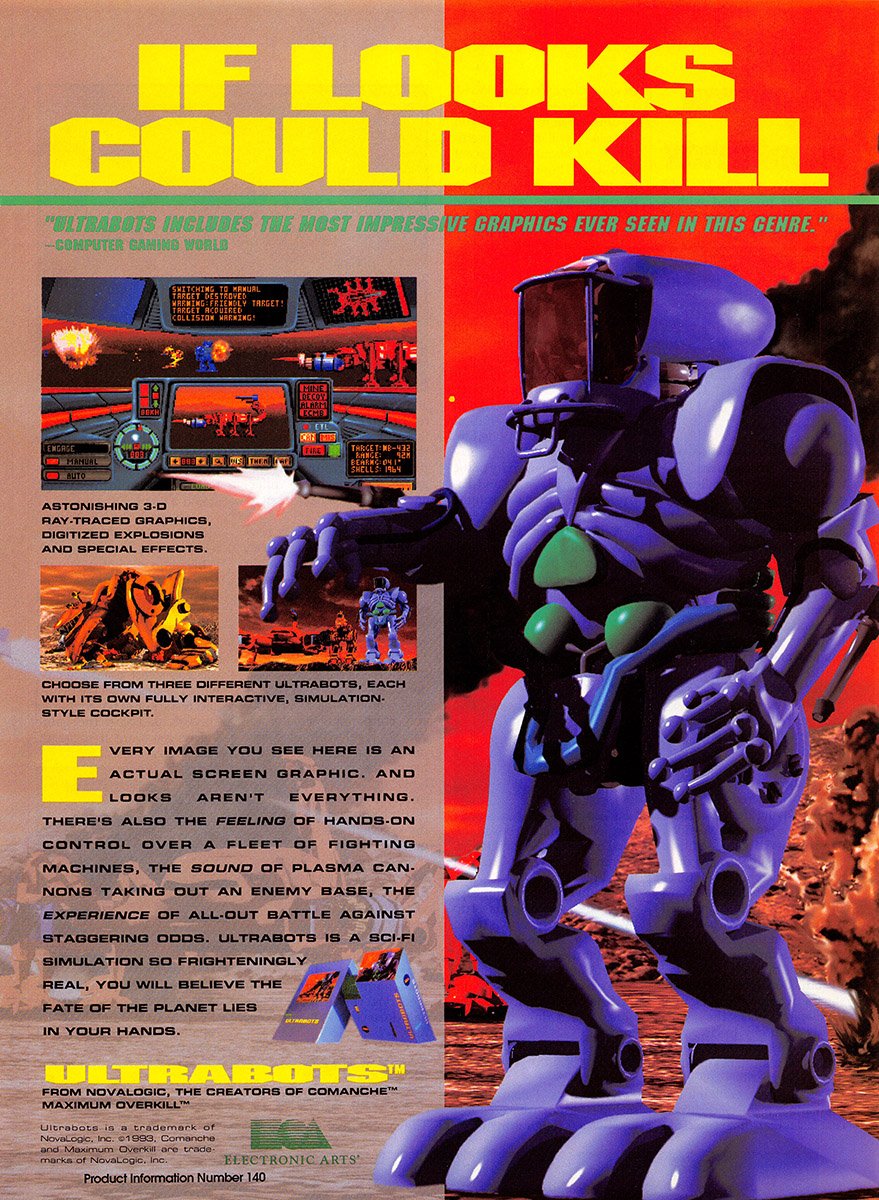 Ultrabots is a mech simulation game developed by NovaLogic and published by Electronic Arts for the PC in 1993.