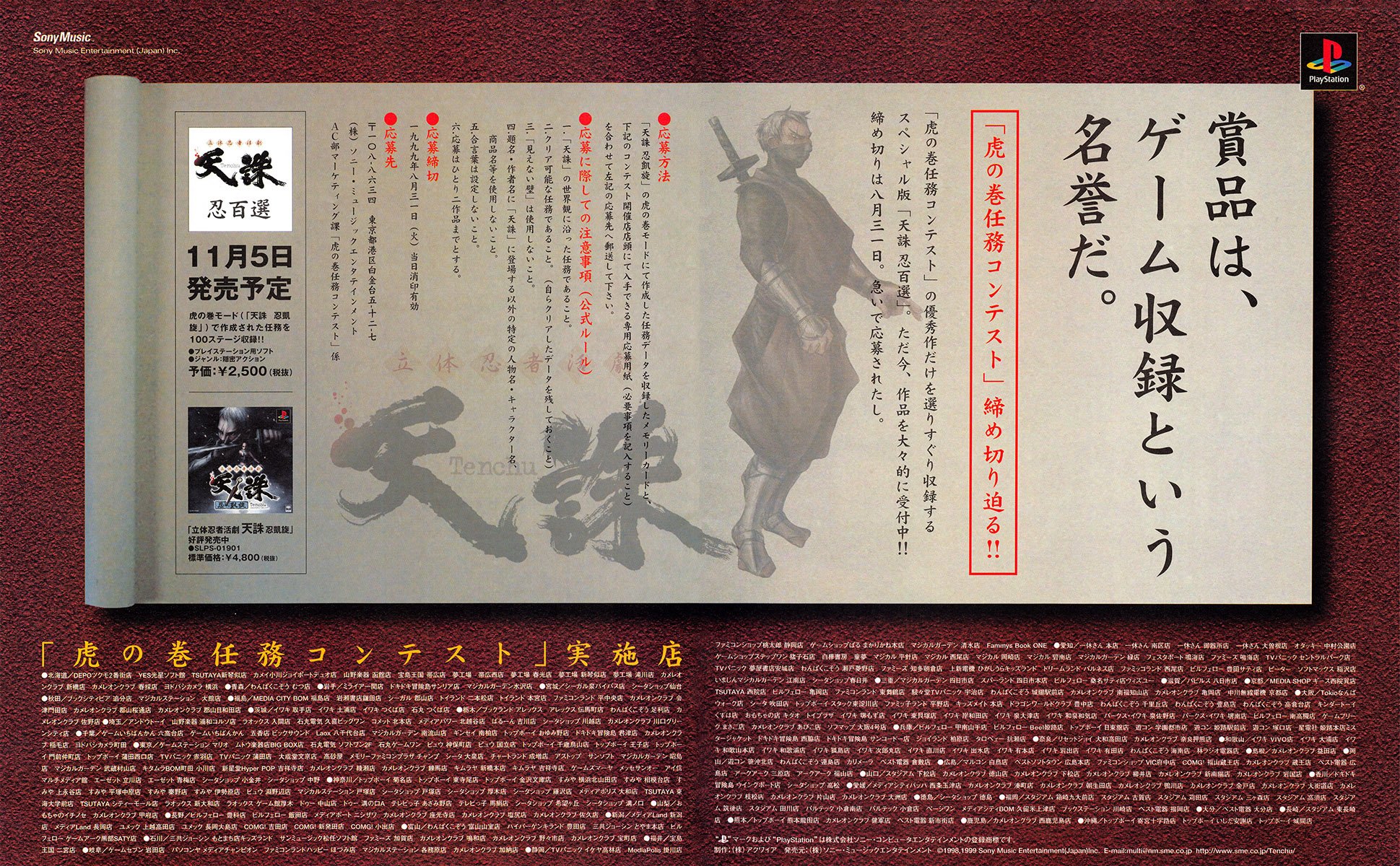 2 games are featured in this ad:
Rittai Ninja Katsugeki Tenchu - Shinobi Gaisen
Tenchu was re-released in Japan on February 24, 1999 with many updates, including different mission layouts, all the stages seen in the American and European versions (levels 4 and 5 were missing in the original) and four selectable languages: Japanese, English, Italian and French.
The main feature of this version was its mission editor.

Rittai Ninja Katsugeki Tenchu - Shinobi Hyakusen
Tenchu: Shinobi Hyakusen is an expansion pack for Tenchu released on November 11, 1999 for the PlayStation and is based on the levels created by the users of Shinobi Gaisen.