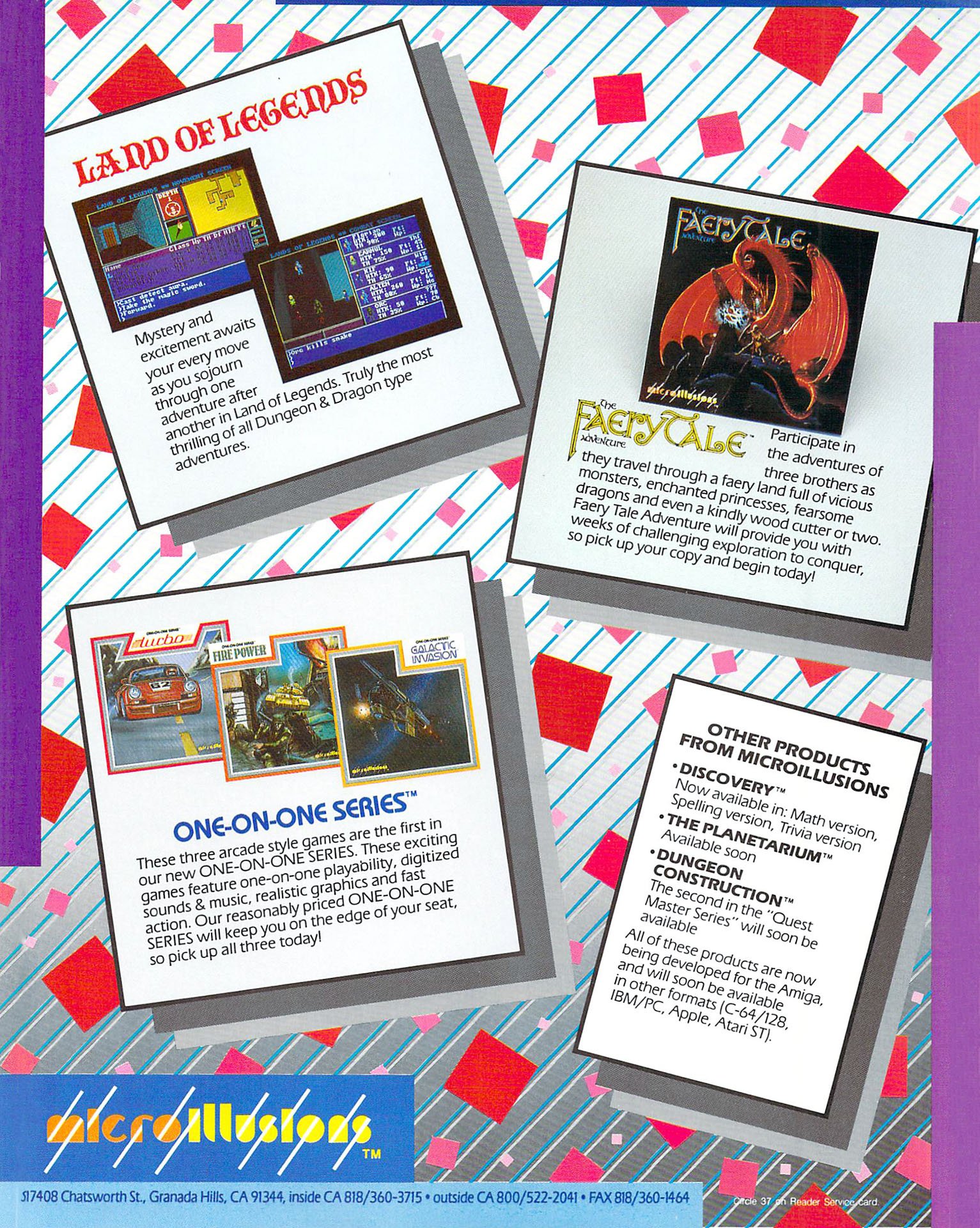 The first game in this ad, an RPG titled Land of Legends, advertised here in 1987, was finally canceled in 1990 after years in development when it's developer, Microillusions, went out of business.  It remains unreleased.

The Faery Tale Adventure was an RPG released in 1986

Turbo is a top-down racing game released in 1989

Fire Power is an action game released in 1988

Galactic Invasion is a shooter released in 1987.