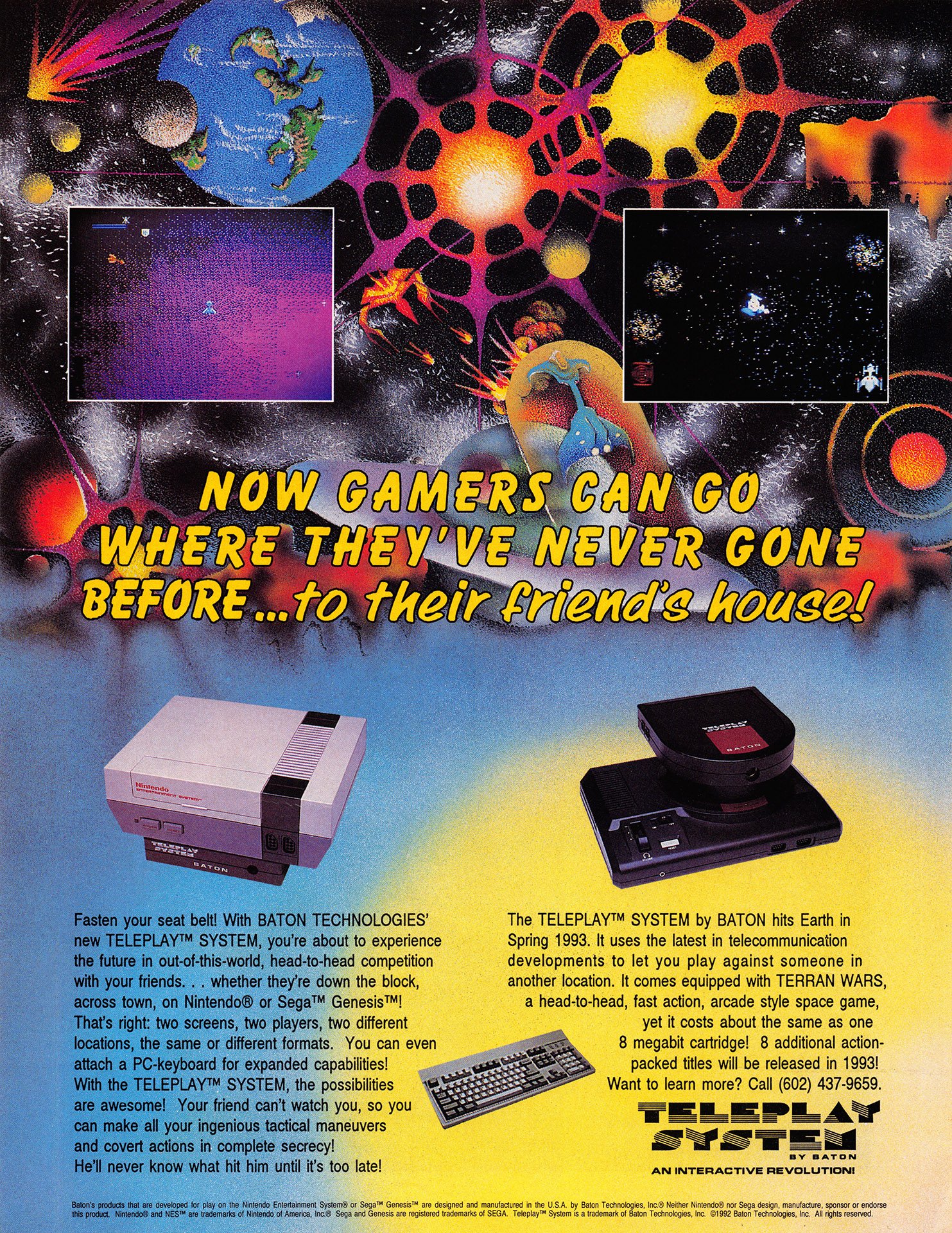 These ahead-of-their-time peripherals from Baton were advertised to be released in 1993 and would have allowed Genesis or NES users to play head to head online using a special 2400bps modem.  In addition to the game Terran Wars which would have come pre-installed, 8 additional titles were claimed to be scheduled for release in 1993.  Shortly before they could be manufactured, Baton ran out of money and folded, canceling the Teleplay Systems and all upcoming games.