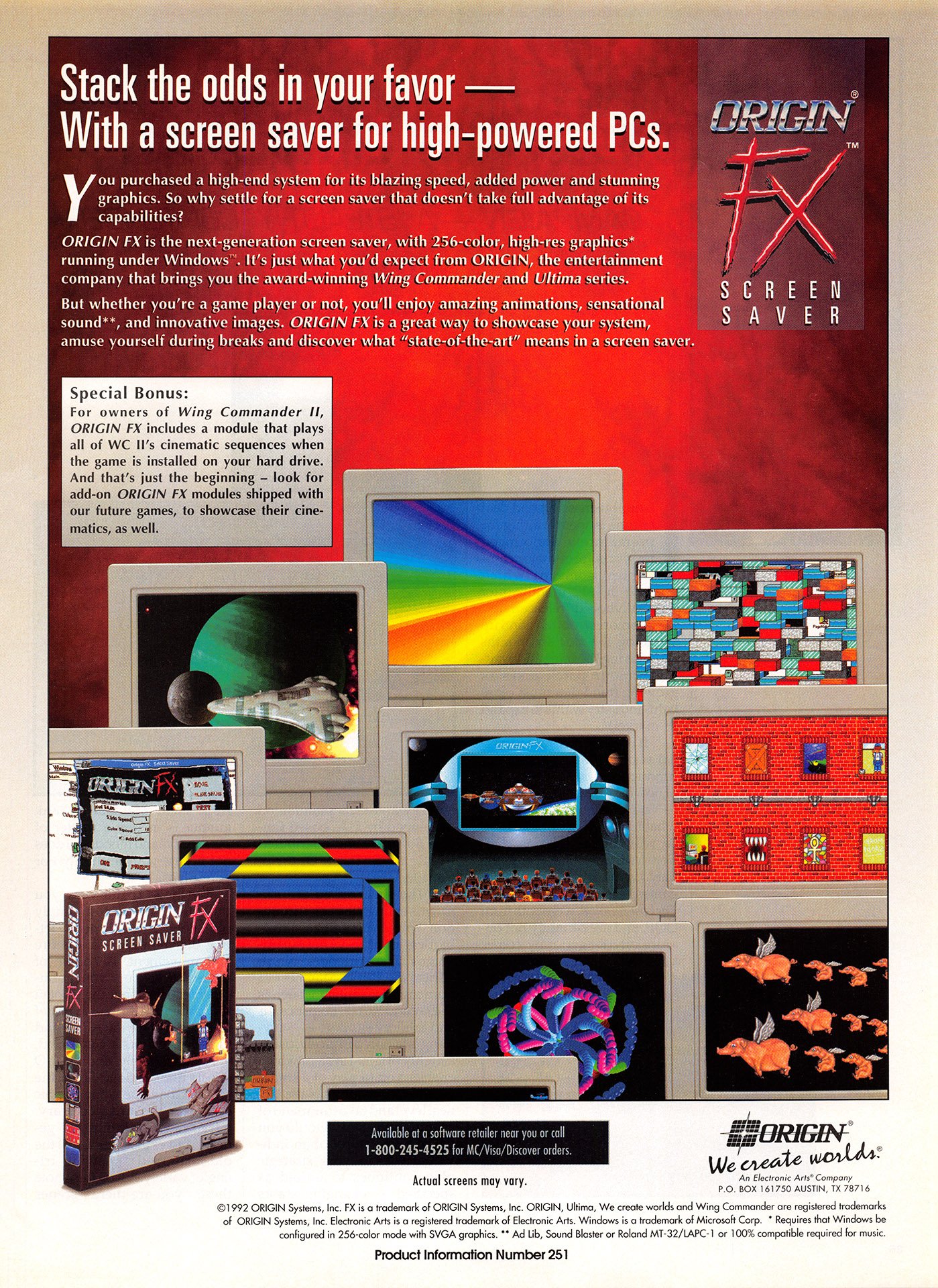 Yep, this is a screen saver from Origin Systems, not a game.  But as seen in the ad, the screen saver includes a module that plays all of Origin's Wing Commander II cinema sequences if the user has the game installed on their hard drive, and similar capabilities for future Origin games is promised.  Released for DOS PCs in 1992.