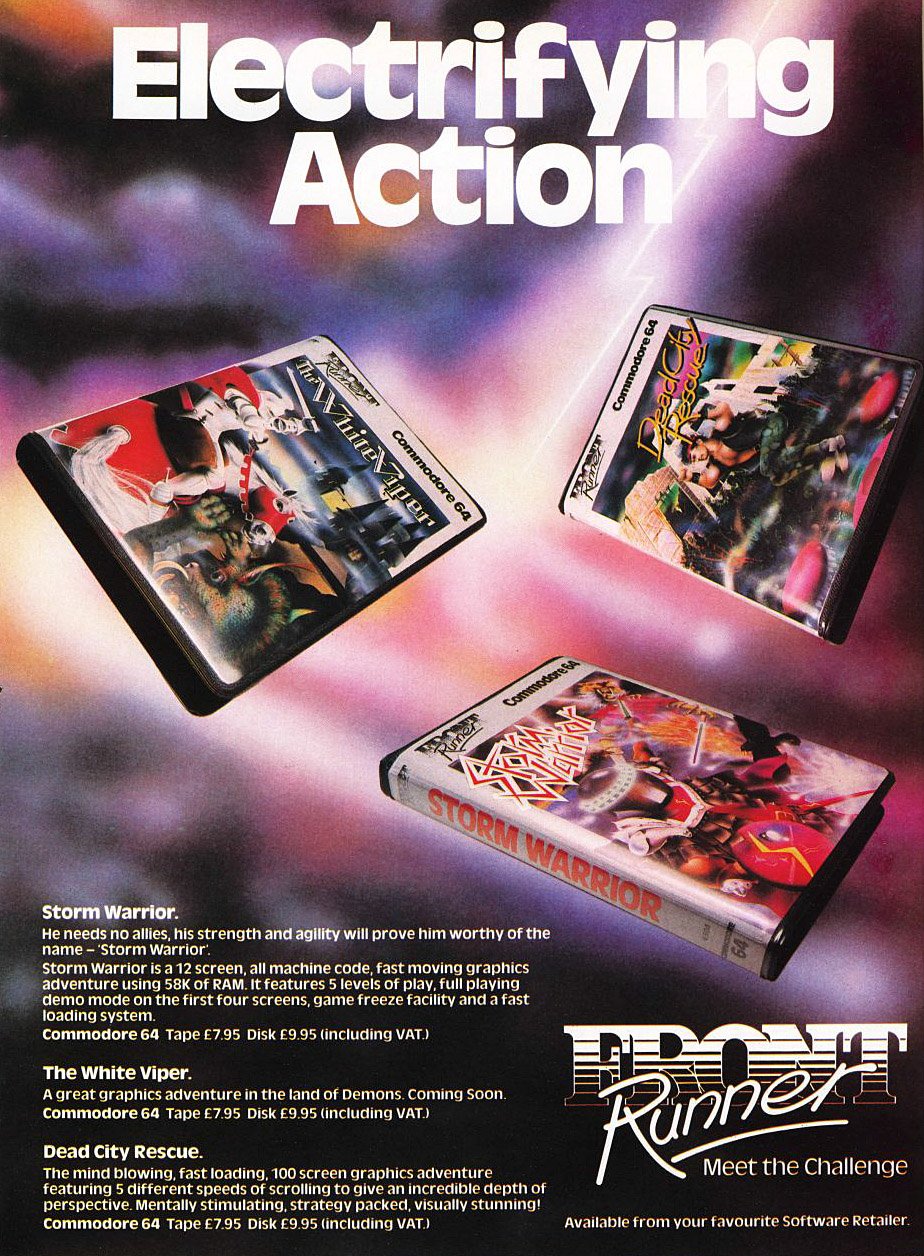 Storm Warrior is a mix of 5 different minigame levels and was published by Front Runner for the Commodore 64 in 1984.

The White Viper is a side-scrolling action game published by Creative Sparks for the Commodore 64 in 1985.

Dead City Rescue is a canceled game which was never released.  No prototypes are known to exist.